Within seven weeks of starting on a new treatment, the tumour in Mary Nike’s left breast had shrunk from 1½ in to ½ in.

‘My oncologist said he’d never seen such a dramatic level of tumour shrinkage in such a short time,’ says Mary, 58, from Brewood, Staffordshire, who runs her own IT consultancy.

But it wasn’t an expensive ‘breakthrough’ drug that was making all the difference. Instead, Mary was being treated with a 5p pill called metformin, which is usually used to treat diabetes and is taken by thousands of Britons every day.

In diabetes it works by suppressing the production of glucose in the liver; with cancer, it blocks the supply of glucose that cancer cells need to grow and stops them multiplying.

Every month there are up to a dozen studies showing that other cheap drug treatments, including aspirin, statins, antibiotics and even anti-malaria drugs, may be just as effective in some people as expensive chemotherapy.

The problem, as this second part of our investigation into cancer drugs reveals, is that patients are not being offered these unexciting ‘old’ treatments. Instead, the emphasis is on the latest, often eyewateringly expensive drugs, which patients are then denied on the grounds of cost.

‘The whole cancer industry – pharmaceutical companies, cancer charities and patient groups – has become preoccupied with promoting end-stage life-prolonging drugs costing £100,000 or more to those who are mostly, unfortunately, destined to die within weeks anyway, even with these drugs,’ says Professor Karol Sikora, one of Britain’s leading cancer experts.

Why doctors will not prescribe cheap drugs

‘We have taken our eye off the ball with cancer treatment,’ says Dr Robin Bannister, a pharmacologist whose wife survived cancer using metformin and other ‘old’ drugs.

He runs the private Care Oncology Clinic in London where NHS specialists refer patients who want to try old drugs as additional therapy.

The story of the drug metformin exemplifies the problem. Despite the fact there have been hundreds of scientific publications demonstrating its cancer-inhibiting benefits – including one U.S. study involving 1.5 million patients that showed an overall reduced death rate – few doctors are willing to prescribe it.

This is because it is not licensed for use for cancer, so any doctor who prescribes it in this way does so ‘off-label’, which means they are, in theory, legally liable should something go wrong.

So while metformin has been in regular use for diabetes since the Fifties, British cancer patients will struggle to get it.

When Mary was diagnosed with cancer in February last year, she wanted to research all the options and came across metformin.

Fortunately, her oncologist, a well-known cancer expert who does not want to go public, has been willing to prescribe the drug to her.

Another cancer specialist who has also secretly prescribed the drug told Good Health: ‘The problem is nowadays everyone is terrified of something going wrong and of being sued. It’s not illegal to use these treatments but you get bullied by colleagues and managers if you do and you have less protection if anything goes wrong.’

‘These pills have helped keep me alive’

Cancer Research UK funded a trial involving 19,000 early stage breast cancer patients, which concluded that more than 1,000 lives a year could be saved if the drugs were used to help stop the cancer spreading.

‘Bisphosphonate is one of the reasons why I’m still alive,’ says Adrienne Morgan, 59, a former research scientist from London. 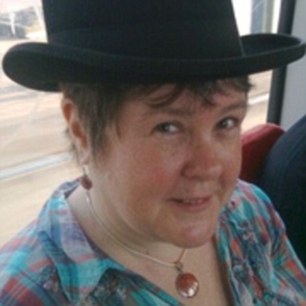 ‘Bisphosphonate is one of the reasons why I’m still alive,’ says Adrienne Morgan, 59, a former research scientist from London

She was diagnosed with aggressive breast cancer ten years ago, which then spread to her spine, but she believes it’s been kept in check by bisphosphonate.

‘I was on the trial with this drug straight after my diagnosis. Normally someone with my sort of cancer that had spread to the bones would be dead within two or three years – you would end up in terrible pain, dying in bed.

But as with metformin, cancer patients have problems accessing bisphosphonates, even though they also cost around 5p a dose.

For despite the success of the trial, there has been no follow-up effort by Cancer Research UK or the Department of Health to encourage doctors to prescribe bisphosphonates.

Professor Rob Coleman, director of Sheffield University cancer research centre, who led the bisphosphonate study, is frustrated by the lack of availability.

‘I don’t know why doctors have become so strangely risk averse. Ten or 20 years ago, it would have been considered perfectly normal to do what we’re doing in prescribing drugs off-label.

‘The benefits are clear and the costs are tiny. We are offering our patients these drugs and they’re available in some other centres, but a lot of prescribing is being done under the radar.’

Another leading cancer expert, Justin Stebbing, a professor of oncology at Imperial College London, says he finds it ‘perplexing’ bisphosphonates can’t be used.

‘They are not expensive, are well tolerated by patients and usually seem to be beneficial,’ he says. Or as Adrienne puts it: ‘It’s absolutely daft not to use a drug that costs only a few pennies.’

So why aren’t these drugs being promoted for cancer in the NHS?

Before a treatment can be offered on the NHS, the National Institute for Health and Care Excellence (NICE) reviews research evidence for its efficacy and value for money.

This system has been criticised, particularly in relation to new cancer drugs, which are often available in Europe, but have been rejected for use on the NHS for being expensive.

It is a bitter stroke of irony for patients that the same lack of access that applies to high-cost drugs also applies to very cheap ones, too – though the cause of the problem with these drugs is different.

As a NICE spokesman explained, the organisation only looks at treatments the Department of Health has asked it to assess. And NICE has never been asked to look at metformin as a treatment for cancer.

So, why hasn’t the Department of Health asked them to do so? This comes down to the fact no drug company is pushing cheap drugs for the reason there’s no money in it.

They are unlikely to be interested in extensive and costly trials to get an old 5p pill licensed for cancer – only new drugs that are protected by patent and cannot be legally copied can be sold at high prices.

Some charities push for expensive drugs

As a result, the argument for cheap drugs is being drowned out by the clamour for new, more expensive ones from patient support groups and charities (which often receive funding from drug companies).

These drugs have not been through the long NICE process or have been rejected on the grounds their cost is disproportionate to the extra life they might provide.

It was to circumvent this process that the Cancer Drugs Fund was set up in 2011 by David Cameron to provide drug treatments NICE rejected on cost grounds.

The fund has been roundly criticised for letting drug firms simply name their price – as we revealed last week, the UK pays up to 13 times more than other countries for the same drug. Heavily overspent – by £100 million in one year – the fund is due to close in April.

Most cancer charities are furious at what they see as a betrayal of patients by the fund’s closure, but Eric Low, chief executive of Myeloma UK, a charity for people with a form of bone marrow cancer, blames the Government for failing to address the greed of the drug companies.

When it was announced in January that 25 of the 84 drugs available through the fund were being withdrawn, David Cameron insisted: ‘I am proud that it was this Government that introduced the Cancer Drugs Fund, which has helped more than 60,000 patients to receive life-saving treatments.’

Other drugs have gradually disappeared from the list, including a batch at the beginning of this month, which means only 33 remain available to treat 48 forms of cancer.

‘For David Cameron to stand up and say he’s proud of the fund is ridiculous,’ says Mr Low.

‘Successive governments have systematically failed to put in place a sustainable policy to address the tension between unmet need and the interests of the drug suppliers.’

He says drugs such as Imnovid, used to treat myeloma, which costs up to £11,700 a month per patient, only works in 25 to 30 per cent of patients. It take two to three months to establish who those patients are and another three months for them to derive any benefit.

‘While Holland and Sweden have negotiated deals to pay only for patients where the drug is effective, the Cancer Drugs Fund has paid for all of them,’ says Mr Low.

‘We are letting drug companies get away with selling drugs at high prices on the basis of weak data.